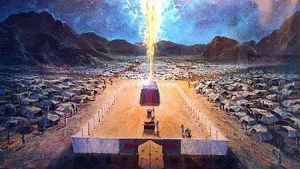 This is part 2 of The Intentionality of God blog posts. If you have not read Part 1 I strongly suggest that you do so by going to this page: Intentionality Part 1.  (The link will open a new window so when you are done reading it you can come back to this page.)

In part one of this series I attempted to illustrate the intentional nature of our God by using several examples within the created (physical) universe. Obviously, the creation will reflect some of the aspects of the Creator Himself. As you read this post I am sure you can see how intentional God really is. He doesn’t do anything randomly or by accident. He always has an intention (or purpose), a plan (or administration), and an expression of that purpose, which is the fulfillment of the intention.

As I pointed out in part one, the first creation (of the physical universe) is just called “creation” in the scriptures. However, we see in the New Testament, that God also has a New Creation which was actually a precursor to the first creation.

“remember that you were at that time separate from Christ, excluded from the commonwealth of Israel, and strangers to the covenants of promise, having no hope and without God in the world. But now in Christ Jesus you who formerly were far off have been brought near by the blood of Christ. For He Himself is our peace, who made both groups into one and broke down the barrier of the dividing wall, by abolishing in His flesh the enmity, which is the Law of commandments contained in ordinances, so that in Himself He might make the two into one new man, thus establishing peace, and might reconcile them both in one body to God through the cross, by it having put to death the enmity.” (Ephesians 2:12-16)

It is apparent through this passage (and many others) that what God wanted all along was one new man. The word “man” here can also be translated “mankind” or “humanity”. This is the new creation. God wanted a new race that was neither gentile or jew but a whole new creation. But was God still intentional with this new race? Did He have a specific purpose, plan, economy, and goal in mind with this new humanity?

YES!!! Even more so than the first creation. Remember I told you that the whole reason God created the physical universe was to “house” or provide an “environment” for the new creation (or humanity)? If this is true then wouldn’t it stand to reason that the shadows and types we see in the Old Testament would point us to the spiritual reality that we see in the New Testament?

“For neither is circumcision anything, nor uncircumcision, but a new creation.” (Galatians 6:15)

Here, Paul is telling us in one sentence that God’s whole intention behind creation has to do with the New Creation. Here, he is pointing us to the spiritual reality behind God’s intention not merely the foreshadows we see in the Old Testament. However, those shadows (or types) can reveal to us the spiritual principles behind the New Creation, that is, the Body of Christ!

“See Israel according to the flesh! are not those eating the sacrifices in the fellowship of the altar?” (1 Corinthians 10:18)

Here Paul is calling the physical nation of Israel: Israel according to the flesh.

Here, Paul reveals that the true Jew is a spiritual reality, not one of the physical, natural nation. So therefore, is it possible to see aspects of God’s intentionality with his new creation in the “shadow” of the natural Jewish nation? I believe that it is. All of the features that we see in the old physical nation of Israel show us spiritual principles and features that apply to the true new Israel, that is, the Church of Jesus Christ!

“Now the promises were spoken to Abraham and to his seed. He does not say, “And to seeds,” as referring to many, but rather to one, “And to your seed,” that is, Christ.” (Galatians 3:16)

Features of the Nation:

God strictly forbade the intermarriage of the Jewish nation with any other people or nation. The main reason for this was the fact of the “other gods” and the opening up of the door of the spiritual realm concerning those “gods”. God considered this to be “fornication” because his relationship with Israel was one of a spiritual marriage. The nation of Israel was to be separate, they were to be distinct, they were to be wholly for God. This was to preserve the seed!

Because of their natural blood line, the nation of Israel was to be one. They were one (naturally speaking) because they were all natural born descendants of Abraham. They were from that same seed. They were from that one family. Even though they may be scattered all over the earth, yet when you meet them you can tell they are still of one clan, one family, one nation. This is because of the “seed” of Abraham. But remember that Paul tells us that the spiritual reality of Abraham’s seed is Christ! (Gal. 3:16). In the New Testament we see that spiritual seed having one origin, one source, and one life-principle. That is the meaning behind John 17!

Notice with me that Israel in the flesh has a common diet! They all eat the same things at the same time. Their diet is mainly determined by the law of Moses. It is a healthy diet that gives them all strength and vigor. We can see that through the eating of the lamb before leaving Egypt.

As spiritual Israel we all are to eat and drink the same thing… Christ Himself!

“So Jesus said to them, “Truly, truly, I say to you, unless you eat the flesh of the Son of Man and drink His blood, you have no life in yourselves. “He who eats My flesh and drinks My blood has eternal life, and I will raise him up on the last day. “For My flesh is true food, and My blood is true drink. “He who eats My flesh and drinks My blood abides in Me, and I in him. “As the living Father sent Me, and I live because of the Father, so he who eats Me, he also will live because of Me. “This is the bread which came down out of heaven; not as the fathers ate and died; he who eats this bread will live forever.” (John 6:53-58)

The Tabernacle, the offerings, and the priestly functions

Our very intentional God left nothing to chance! He gave them very detailed instructions on how to build and erect the tabernacle. He also gave explicit instructions on how to perform the priestly ministry along with all of the offerings. If you don’t believe me you can read it for yourselves in Exodus through Deuteronomy. God had a purpose, a plan, a design, and an execution. And all of those things speak to us of Jesus Christ and His Church!

“You search the Scriptures because you think that in them you have eternal life; it is these that testify about Me;” (John 5:39)

The Law of Moses

The law given to the nation of Israel in the flesh also speaks of our new life in Christ. It is the same law for all believers, for everyone who is part of the true spiritual Israel. In fact, it is the only way that any of the other features will be expressed in the nation of God’s people. Without this law, the Body of Christ will simply be another social club, “do-gooders”, or “network” of friends. This law is the glue that holds it all together. It’s the source by which all decisions are made. It’s the vehicle by which seasons and directions are determined. It’s the heart pulse of this corporate people.

All of these features (and many more) concerning Israel in the flesh are “pictures” and “shadows” of the Israel of God, the true Israel, the New Humanity, the Church!

“For neither is circumcision anything, nor uncircumcision, but a new creation. And those who will walk by this rule, peace and mercy be upon them, and upon the Israel of God.” (Galatians 6:15-16)

In the next blog post (part 3) we will look at the point of all of this intentionality and purpose and how this is practically worked out in the New Testament house of God, the true Israel.

You won’t want to miss this one!